3 WAYS SPOTIFY CAN INCREASE YOUR REVENUE YOU NEVER THOUGHT OF 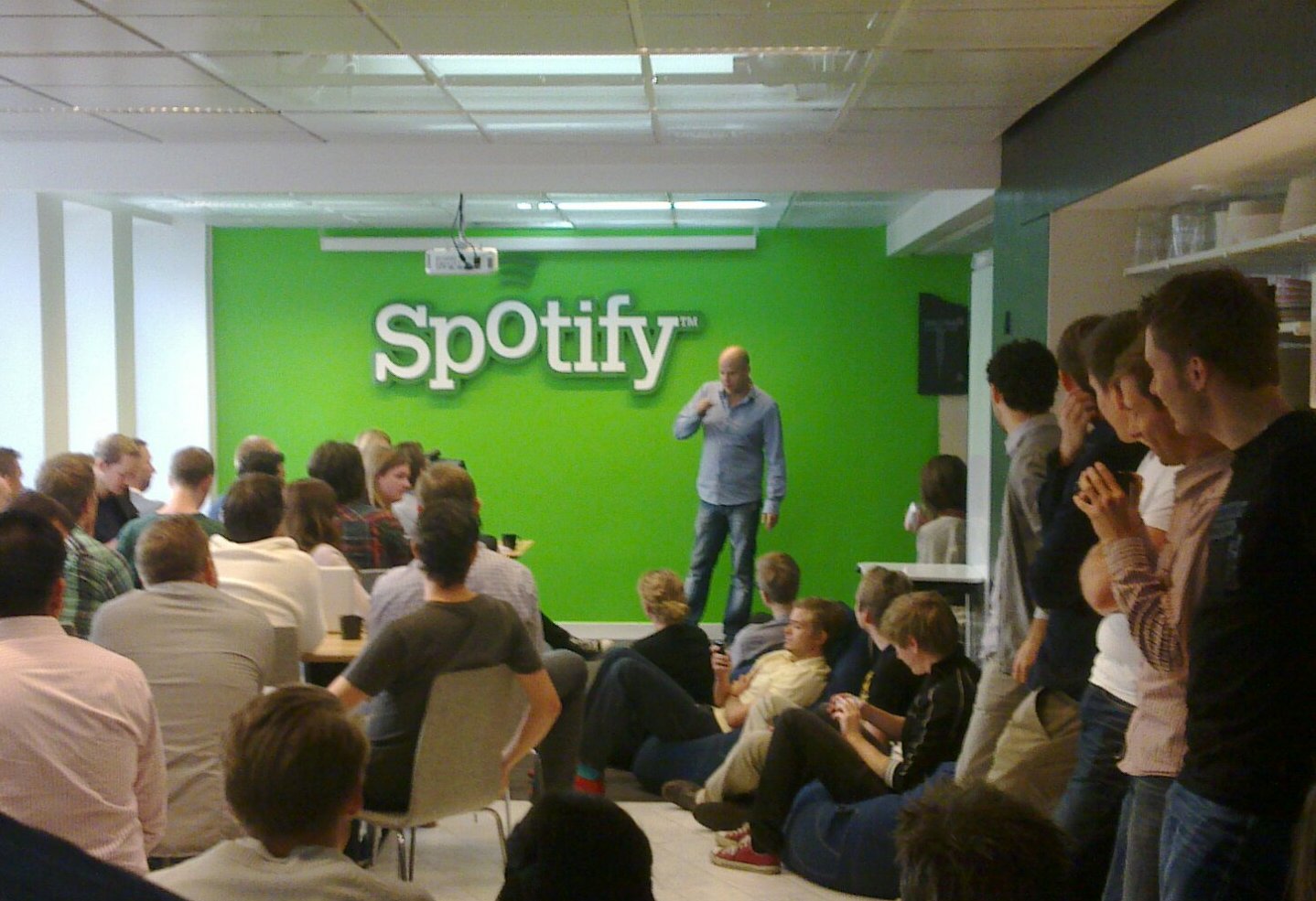 I know Spotify can be a tricky situation for most independent artists.

Should I put my music on Spotify?

How much does Spotify pay?

Is it worth losing album sales?

All very valid concerns, but I hope to open your mind to some different mindsets you can take towards making more money for your music with Spotify and other streaming services.

Hit the Follow button for my Spotify so we can connect on there 🙂 Takes literally one click. (Not to mention there's quite the catalog of tunes if I do say so myself!)

See that wasn't so hard, you did it! Thanks! Ok, now back to business.

1. SPOTIFY IS YOUR BACK UP, NOT YOUR MAIN EVENT

This is an important section so definitely read carefully. Independent artists often complain about the small royalty checks they get from Spotify, and if they're complaining about the checks it's because they aren't using the service correctly.

My royalty check is small from Spotify too, but I don't give a flip because of the other marketing I'm doing. The one and ONLY reason I even have my songs on there is because the distribution was included for free with another service that I use, so it was kind of a no brainer.

But we're overlooking the purpose of Spotify.

Spotify isn't meant to make independent artists boat loads of money. It's meant to be used wisely by getting more listeners and butts in seats for concerts.

Think of it as a paid mixtape. Unless you're getting millions of plays on Spotify it's not going to be a legitimate source of income.

Artists have been giving away free mixtapes for a while now, so instead of posting it on Datpiff or ReverbNation put it on the streaming services.

I pay my $10 every month for the premium Spotify membership and absolutely love it.

It's a huge advantage from the consumer point of view. I can pick out all the music that I like and listen without interruptions from commercials even on my phone.

For me (as well as over 12.5 million other paid subscribers) it's my number one source of music intake. There's NO reason for me to pay for an album unless it's not on Spotify.

Even for me to pay for a single it has to be really freakin good if it's not on Spotify and usually only happens when I have a gift card to iTunes or Amazon.

OR (And this is a big or) if I have a relationship with the artist who made the album.

Think about it, if your friend comes out with a single, EP, or album you are infinitely times more likely to buy it because you want to support your friend.

So how do we establish relationships with our fans and at the same time use Spotify to our advantage?

3. WE'RE GOING TO BORROW SOME MARKETING FROM THE MOVIE BUSINESS

I was listening to a podcast from John Oszajca and they brought up a fantastic idea.

Whenever the film industry releases a movie it's in three stages.

For some odd reason the music industry has never picked up this tactic.

We should be doing the EXACT same thing with our independent music.

We sell exclusively to our core fans for the initial release. I'm seeing that this can work if you have a big enough list of fans (this should really be the email list).

This gives more incentive for fans to be on our list because they'll get the first crack at things. Rarity is a big commodity with listeners. Take a look at the bidding for the Wu-Tang album that released only one copy.

Next should be the iTunes/Amazon release. It's now available to everyone and they can pick it up at their leisure. This gives way to the people who were on the fence. All they need is a little extra incentive to buy.

Lastly, the project can be released on the streaming services. This comes last for two reasons.

1. Gives the serious fans a chance to buy and support your album.

2. Doesn't take away the concert goer's who would be at the show because of Spotify.

We may be losing some money on the front end from Spotify, but it can be made up for with the concert tickets and merchandise at live shows.

DON'T make it hard for people to discover you, but give the benefits to the early birds.[/sociallocker]

Honestly, Spotify can screw you over if your marketing isn't on point.

I've said it before and I'll say it a thousand more times...

Marketing is at least HALF the battle when it comes to making a full time music income.

Sharing on social media and putting out a mixtape isn't going to cut it. Getting a 'promo' package and a social media campaign going is cute and all, but if there isn't a sophisticated system converting listeners to life long fans for your marketing than it's useless.

There are too many bloody people making music nowadays (Sorry, but it's true)

If your marketing isn't top notch than kiss the dream goodbye. Plain and simple.

If you want to learn the true marketing secrets that can build a successful full time music career click here.

Don't Be Shy! Hit the Like Button and Speak Your Mind