750,000 Songs Were Removed From Spotify: The Truth About Why

Spotify recently removed over 750,000 songs from their platform in early 2021. According to Distrokid, they did this without warning any music distributors or artists about their actions.

The key word here to note is “efforts”. Many writing on this will not be focusing on that word, but it’s imperative.

Spotify has had issues with artificial streaming for some years now. What they’re referring to is artists, labels, and promoters trying to boost their streaming numbers through bots or streams that don’t come from real people. Often these bots are purchased through fake promotion companies selling streams to artists at a very low price.

We’ve made several very in-depth videos & articles about how to spot these fake services and playlists to avoid getting any inauthentic activity on your Spotify profile. Oftentimes, artists would use our music promotion service after discovering a previous service they were using was not authentic based on the guidelines we present in our videos.

However, this latest round of song removals from Spotify seemed to have a significant amount of errors on Spotify’s part.

Artists who did not use any promotion services whatsoever have songs removed that may have only had several hundred plays on them.

It appears Spotify may have removed thousands of songs that in fact did not use artificial streams at all.

One thing many artists pointed out is this seemed to disproportionately affect indie artists as opposed to majors.

While major artists do get the lion's share of placements on larger Spotify playlists, that does not mean they’re exempt from placements on botted lists.

In fact, many playlisters with botted lists will pack their lists full of popular artists because it makes it harder to tell if the playlist is authentic. One method of authenticity we talk about in our videos is researching the top 5 playlists an artist appeared on over the past month in their ‘discovered on’ section. This can only be seen on the Spotify desktop app. When you look at the top 5 playlists, it can give you a good idea of which playlists are producing the best results and where exactly those plays for artists are coming from. This is best grasped when an artist doesn’t have too many monthly listeners (i.e. 1,000 to 5,000 monthly listeners is ideal).

This makes it possible to see if there are any irregularities in streaming locations. For instance, if an artist only has 1,000 monthly listeners, but 70% of those streams all come from one city, it’s likely those streams are fake due to unrealistic location proportion.

However, when an artist is placed on many Spotify owned lists, those Spotify lists will usually fill up the top 5 playlists in the discovered on section.

Long story short, it is safe to say we’ve discovered many major label artists on botted playlists in the past, but those botted streams won’t make up the same percentage of total streams for a major artist as they would for an indie artist who chose a bad music promoter.

Spotify may have taken down some songs that gained artificial streams, but they also likely took down an extraordinary number of songs that played perfectly by the rules due to bad artificial intelligence.

How To Protect Yourself Against This In The Future

Using organic promotion is always a good idea, but if there’s the possibility that Spotify takes down your songs anyway, it’s wise to say that all your attention should not be focused on Spotify.

That is why we’ve been advising artists for years to NOT place all their marketing dollars into only one platform.

We recommend artists put no more than 20-25% of their marketing budget into Spotify playlisting, and this is coming from a company that offers organic playlist pitching!

Nevertheless, if a music promotion ‘service’ only promotes songs on Spotify, then that’s not a company… that’s a playlister. You need a COMPANY to achieve your music goals. Not just somebody who sells streams on Spotify.

We are one of the only full service digital music marketing companies in the space. As a full service company we’re not just interested in getting you more streams. Sure, we can do that, but we’re here to help you achieve both big and small goals.

The Two Things Most Indie Artists Don’t Have

Of all the products we just listed above, we know most artists are interested in the Spotify promotion. Yes, you should still invest in Spotify, but please DIVERSIFY your marketing spend.

If you want to be a wise artist, here’s our list of top priority marketing items:

No, that wasn’t a typo. Artists need to start recognizing just how important it is for them to have a website. When you own your site you control the prices for products and services, you control the design, and it’s much less likely anyone is coming around randomly removing your content.

Follow this blueprint below with your music marketing budget

If You Only Learn One Thing, Learn This

You never want to build all your audience in one place, but you do want to allocate resources properly based on the pros and cons of each platform.

Diversify your marketing budget with an emphasis on your own website to start winning in 2021 with your music career. 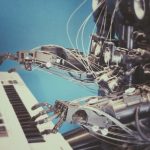 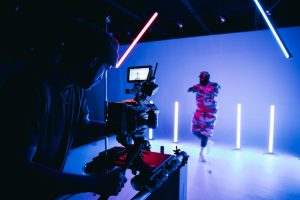