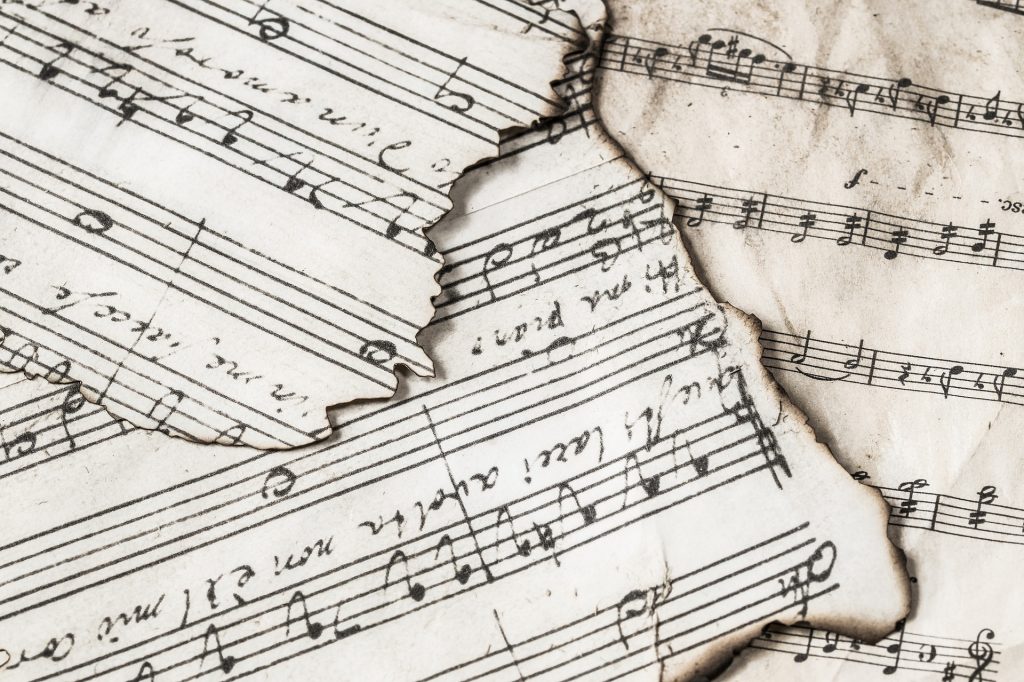 Learning music theory and tonality is not an easy task at the best of times. But then you realise that you have to learn a whole host of new words as well, and in different languages!

It can seem like a daunting task, until you realise that the basic musical terms are repeated a lot are easy to identify and remember. Here is a list of the most common musical terms that you will need to learn when studying music.

𝄞 Treble Clef – This is a symbol that began as a circle around the G note on a stave. Many early composers had their own way of writing the treble clef, but this is the one that stuck.

𝄢 Bass Clef – As with the treble clef, the bass clef is a fancy indication of the note F.

𝄐  Fermata -A fermata can be used over or under and indicates a rest on a note.

♯ Sharp – A sharp indicates a note that is higher in pitch by a semi tone, for instance a G♯on a piano is played one black note about the G.

♮ Natural- A natural symbol indicates that this note should be played with no flat or sharp, even if this may be indicated by the scale the piece is in.

♭ Flat – A flat indicates a note played a semi tone lower- on piano a G♭would be played a black note lower than the G.

♩ Crochet – A crochet is a note that lasts for one beat.

♪/♫ Quaver – A quaver lasts for half a beat, and two connected quavers last as long as a crochet.

𝄽Quarter Rest – This is a rest that last as long as a crochet.

𝄾 Eighth Rest – This lasts half as long as a quarter rest.

𝄻 Whole Rest – This is a rest for four beats.

𝄼 Half Rest – This does exactly what you think it does.

𝅗𝅥Minim – Also known as a whole note, this lasts for four beats.

𝅝 Minim Rest – Like the minim note, this is a rest for four beats. 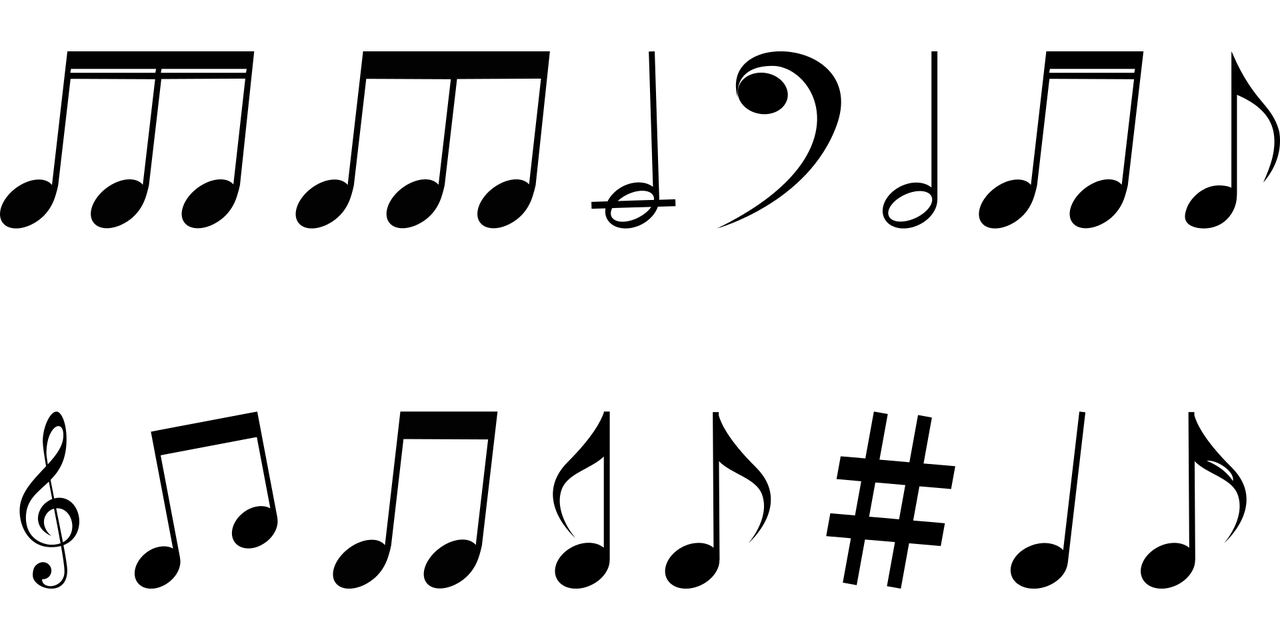 The musical terms for tempo come mainly from the Italian language, so anyone who speaks Italian will have a head start with these.

Staccato – Short and choppy, jumping off the notes.

Lagato – Smooth and connected, the notes should flow into each other.

This is by no means the end of what music has to offer. There are thousands more indications of music that you can find in classical music scores, but the ones shown here are the most common ones you will come across, and learning this list is a great place to start.