The music industry is a forever changing business. With new advancements in technology and new platforms seemingly to arrive daily, we can expect a fair share of ups and downs to come with this. Music streaming platforms have improved significantly over the years, now making it easier for independent musicians to release their music to the world. With this advantage also comes some disadvantages that are important to be aware of, especially if you are an artist who uses any sort of music distribution application.

Bots, or web robots have been around since the early days of the internet, some good and some bad. Bots are software applications that can perform simple and repetitive tasks much quicker than a human can.

In regards to music sharing platforms, bots can create fake plays, followers, and fake accounts that make a page seem like it’s getting more traffic than it actually is. This may seem like a great thing for an unexposed artist trying to build credibility and make a name for themselves, but there are numerous issues that these bots create on the backend of things.

Bots have been an ongoing problem throughout music distribution apps and Soundcloud is one of the main platforms taking a hit from it.

Soundcloud is an audio distribution and music sharing website that has influenced the success of many artists who use it. Because it is a 100% web-based service, it is easy for bots to operate any action on the website that a regular person could do.

Soundcloud bots have given a bad name for themselves in the independent music scene. We’re going to discuss how these bots operate, what they look like, and how you can avoid them and the backlash they bring along.

Signs That Plays are Influenced by Soundcloud Bots

A lot of people are turning to Soundcloud as a platform to share their music and many of them are unaware of fake plays. Most people have heard of fake social media followers, but this same controversy is relevant on music streaming platforms as well.

Wherever there are online human social interactions, you can be sure that bots are going to follow. Bots are used to serve specific tasks or solve problems a developer may need a solution to, so not all of them are bad.

Unfortunately for Soundcloud and their users, these bots are posing huge problems to the credibility of the website. Bots can be identified through very specific patterns. Next time you are on the app, be aware of the following indications that may hint to bot activity...

These are signs you can see as an artist from your own Soundcloud account but also signs you can see from other artists' pages. These actions done by the bots are for the sole purpose of gaining traction. The music industry is tough and incredibly competitive, so artists tend to have the highest probability of benefiting from these bots.

Undiscovered independent artists may need these fake numbers and following to strike a record deal. It may sound exciting and the cheat sheet of the century, but this is just the tip of the iceberg for the mess of consequences that are to follow.

Nevertheless, it is also important to note that some artists are caught in the crossfire. Some artists are completely unaware of bots present on their Soundcloud pages. As shared earlier, these bots tend to follow accounts of the same nature. Some of these artists are victims in someone else's grand scheme of things. They are used as stepping stones for these bots to access their actual human fans who note these artist pages with a large audience and subscribe to it.

Simply, be sure to look for these signs and hope to steer your account clear from the consequences of having fake plays and fake followers.

The first consequence of an artist being caught in this bot scandal is losing your human fans. Bots may give more plays and followers, but these numbers won't match up when it's time to sign to a record label and your sales don't match your expectations.

In the long run, the numbers that bots bring become more of a liability and less of an asset. Apart from music streams, artists have other ways to make sales. This can be done through merchandise, concerts and special fan events. However, bots are incapable of purchasing tickets or merchandise or better yet attend events.

One thing that will affect both artists that purposely use bots and artists who get caught in the crossfire is lack of credibility. Artists will lose their credibility and trust in the industry when it’s apparent that you pay for your followers.

A musicians credibility and overall image is what ultimately makes or breaks them in the business. These Soundcloud promotion bots serve one iterative purpose that is extremely temporary and very detrimental to an artist’s image.

Artists that have been caught in the crossfire and wrongly accused of using Soundcloud spam bots have been burned by this effect. You can lose a portion of your fan base or even your entire Soundcloud account by purposely or not purposely having bot activity on your page.

Another effect of these Soundcloud spam bots is that it reduces fanbase morale. When a new artist breaks through and achieves an actual audience, they will be loyal to the artist. Using Soundcloud bots to gain more traction will give you a negative appearance and lead to a dying fanbase. The signs of bots are not so subtle, so it is only a matter of time before you get caught or called out for the suspicious activity.

Not only are those who utilize these bot services cheating the system, but they are essentially lying to their fanbase and to the world. Building a loyal fanbase is crucial to an artist's success. You don’t want your real fans to wither away because you’re seemingly a liar and a cheater.

Alternative Solutions to Help Promote Your Music the Right Way

A lot of artists may be wondering how they can gain a real audience and authentic fanbase. The music industry is competitive and the artists at the top are still going strong, so how do you promote your music and get viewers the right way?

The best and most efficient way is through a promotion company that has been tried and tested by other previous artists. These promotion companies do not have a page in their books on how to bot Soundcloud plays and should stray you away from them.

They are legitimate establishments that offer social media marketing and other forms of marketing to promote an artist's music. This is especially important for independent artists with no record label contract or no endless funds in a marketing department.

Yes, artists can alway promote their music themselves. However, having a music marketing company to promote your music for you will give the artist more time and ability to focus on their true passion, that is making music.

The question may be posed as to how you can access a credible music promotion and marketing company, and we have the answer for you.

Promoting and Marketing your Music with Omari MC

We aim at providing efficient marketing strategies across various platforms such as Spotify, YouTube, TikTok, etc. in order to help artists share their music the right way to get the numbers rolling.

Not only are we a marketing and promoting company, we also offer a wide range of products:

Soundcloud spam bots are a result of poor promotions by either individual artists or inefficient promoting companies. It is ultimately a risky method with a high risk of failure. There are numerous signs that showcase bot or fake plays as well as follows from fake accounts due to obvious signs. These signs will help you discern the credibility of fellow artists as well as the marketing and promoting company they are under contract with.

Sometimes, artists are unaware of these activities happening. This always brings upon more harm than good because they are not in charge of the marketing aspect of their music business. Using these bots brings its own fair share of consequences. The benefits are temporary and will work only for a specific platform. It will not enhance an artist's career, and this is why it is considered a liability.

Omari MC is a music marketing and promoting company that is credible and works towards the benefits of an artist and not against it. We at Omari MC provide products and services to not only promote your music but also help your personal growth as an artist, without the use of annoying bots. 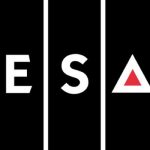 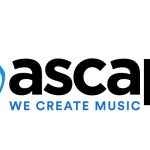