Between making music, releasing tracks, touring, and everything else that comes with being a professional musician — it can be difficult to keep track of all the royalties you earn. Which then results in artists and writers losing out on money.

This is exactly why Performing Rights Organizations were created. To help creators collect ALL of their royalties and essentially make their lives easier.

The music industry is not as clear cut as some may think. There are complex layers that involve copyright laws, license agreements, publishing deals, and more. Rightfully so, most artists have a hard time navigating around it without the help of a third party or entity.

Which is exactly why Performing Rights Organizations, or PROs exist today — To make life easier for creators by managing the different and difficult aspects of their music careers.

SESAC is one PRO in particular who works as an intermediary for the artists it serves. Yes, SESAC works to collect royalties for their members, but they also do much more than just that.

In this article, we are going to discuss everything musicians need to know about SESAC. From how they got started, to what they do now, member benefits, and how you can get involved. So, if you’re an artist who is currently shopping around for a PRO representation — keep reading to determine if SESAC is right for you!

SESAC is one of the oldest for-profit Performance Rights Organizations in America. SESAC stands for Society of European Stage Authors and Composers — at the company's founding, it focused on works that were published by European firms. It later shifted focus to include American publishers and is formally called by its acronym, SESAC.

If you're not familiar with what PROs do, they’re mainly known as the intermediary parties that help singers and songwriters to collect their royalties whenever their copyrighted music is played publicly. Meaning, on streaming platforms, radio (AM/FM or satellite), venues, restaurants, etc.

For businesses, having a SESAC license means you can legally play music from the SESAC’s affiliated artists which include a range of artists from Adele, Bob Dylan, Neil Diamond, Zac Brown, Jack Harlow, and many other major music stars.

Over the decades, SESAC has become the premier performance rights organization in the United States. It has over 30,000 songwriters in partnership with it and over 1 million musical compositions being handled by them.

They are the PRO of choice among many of Hollywood's most sought-after film and television composers, which goes to show the high quality service and representation that SESAC provides.

Who Gets to Join SESAC?

Kyle is a verified user with other 100,000 followers on TikTok. The gig can also cover duets if you’d like to appear in the video he posts. He’s based in the UK and all his content is child-friendly as he features his daughter in many of his videos. This doesn’t mean that it has to be children’s music, but no explicit content songs are requested.

How Does SESAC Differ From Other PROs?

​​SESAC can be differentiated from other PROs by its business setup. This is one of the only PROs that operates on a for-profit basis. This could make this company slightly more aggressive about getting fees for protected music, as the company must pull in money to remain profitable. Nonprofit PROs may not have this same drive.

Unlike other PROs, SESAC pays royalties monthly. That could make a big difference to a new artist living paycheck to paycheck. When you are only getting checks quarterly, as they do with other PROs, it can be difficult to make ends meet.

SESAC also offers a number of benefits to their members, which won't be received with any other PROS. We'll take a look at these additional benefits below

As a performing artist, musician, or songwriter, you can expect a lot of amazing benefits if you're signed with SESAC. Let's take a look at some of the major benefits you will experience with this Performance Rights Organization:

But there's also the feature which allows artists to get radio royalties monthly if they ask for them. Again, this is a benefit that you're not going to be able to get if you're signed with any other PRO.

If you're signed to SESAC, you're going to get a lot of amenities and discounts on music-related items and services all over the internet. This is a pretty amazing feature that not all PROs will offer you.

A few of the discounts include a 10% discount at Sprint, Discounts of Airport Parking, Discounted Nero Multimedia Suite 10, 15% discount on Songtrust for the first year, along with many others as well.

As an ASCAP member, you will receive a Free Musician Atlas Online Account for 90 days. The Musician’s Atlas has made it easier for Artists, Managers, Labels, Agents & Publicists to tour, promote and sell music more successfully since 1998.

This is something you might've not seen in other performance rights organizations. For example, SESAC provides over 88% of collection payments to the members involved in the performances and the production of the music itself, which is really great.

SESAC isn't complex at all. If they invite you to sign with them, you're going to be able to easily get your music and songs licensed so that any kind of copyrighted use can provide you with the royalties that your music deserves. This makes using SESAC quite easy.

If you're thinking of working with SESAC, you're definitely heading the right way. But there are some pros and cons that you should know about before you actually think about signing with them. Let's take a look:

Since SESAC is an invite only PRO, this can be problematic for some beginner artists who are looking for performing rights representation. Which is why we are going to list two pretty great alternatives to SESAC, those of which are open for artist and publisher submissions.

BMI is a world-renowned performance rights organization and the largest one in the United States. It is known to have represented over 12 million musical works in its time as well as over 750,000 artists.

This PRO has signed many popular celebrities, including Lady Gaga, Taylor Swift, and Kendrick Lamar. But the best thing is that signing up isn't invite-only. As a songwriter, you can sign up with BMI for free. But if you're an individual publisher, you're going to have to pay $150, and for companies, this sign-up fee is $250.

Overall, as performance rights, the organization Broadcast Music Inc. is one of the best, and as an up-and-coming artist, you should definitely try to get signed up with them, if not SESAC.

The American Society of Composer, Authors, and Performers, more specifically known as ASCAP, is actually the oldest performance rights organization in the US, having been established in 1914.

Their roster includes music superstars like Ariana Grande, Justin Timberlake, Katy Perry, and many others. Whether you're a publisher or a songwriter, the price of signing up is just $50.

ASCAP is the sole representative of over 10 million works of music, and over half a million members partnered with them as musicians, songwriters, and publishers. So, as a musician, you're definitely going to want to be signed up with them if you're not invited by SESAC or don't have the funds to become a part of BMI.

Their scale is way bigger than that of SESAC, but the royalty payment periods are infamously long at ASCAP. It is said that sometimes you have to wait for as long as 6 or more months.

SESAC is one of the largest performance rights organizations and is capable of getting you the deserving royalties you might have lost for your public performances, music and track usage all over the world.

This Performance Rights Organization is known as one of the most premier ones in the world, which is why getting signed to them can be difficult. However, if you are lucky enough to be invited to join SESAC it will be extremely beneficial to your music career.

So, if you get an opportunity to sign with them, we highly recommend you take it. 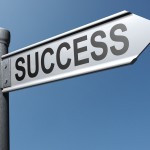 4 Habits Successful Musicians Do Differently Than You

Buy SoundCloud Plays, Likes, & Followers: 5 Scams To Watch Out For