What Is BMI Music? An Unbiased & Detailed Review

If you’ve read our past few articles reviewing ASCAP and SESAC, you now hopefully have a good understanding of Performing Rights Organizations and what all they do for musicians. The last (but certainly not least) of the three major PROs we are going to discuss is BMI.

BMI or Broadcast Music Inc. wears a variety of different hats in the music industry. Although their main role is protecting the rights of the songwriters, composers, and music publishers who are signed with them.

PROs such as BMI are most acclaimed for getting musicians paid. Rightfully so, because who doesn’t like money? But it’s important to note that this organization does far more than just collect and distribute royalties.

BMI supports its songwriters, composers and publishers by taking care of the important aspects of their careers. Beyond collecting royalties for artists, they also support businesses and organizations by offering public performance licenses which allows them to play over 18.7 million musical works publicly and legally.

Often due to misinformation, independent artists assume they are ‘too small’ to be represented by a major PRO like BMI. Or perhaps due to complete lack of information, the thought of signing with a PRO has never even crossed their mind.

Being the largest Performance Rights Organization in the United States, it’s likely you’ve heard about BMI before. However, it’s name and the actual importance it serves often gets thrown around without proper credibility.

This organization is a powerful alliance to have on your side in the music industry. If you are an aspiring musician hoping to make a living out of your passion, you definitely need to familiarize yourself with BMI and the different ways they can benefit you and your music career — which is the exact knowledge we are going to share with you throughout this article.

As we previously mentioned, BMI is one of the three major Performing Rights Organizations in the United States. Operating on a non-profit-making basis, BMI has now outscaled both ASCAP and SESAC. The company represents over 18.7 million musical works created and owned by more than 1.2 million songwriters, composers, and music publishers.

Since its founding in 1939, BMI’s goal has been to respect, nurture and represent songwriters so that their music can be heard. To be put simply, the company provides intermediary functions to songwriters, publishers, and business entities who play their music publicly.

These establishments are required to pay a blanket license to BMI in order to legally play the music listed in the BMI catalog. This catalog of over one million artists includes names like Rihanna, Marshmello, Lil Wayne, Taylor Swift, Maroon 5, and so many more.

When song’s from their catalog are played, BMI then collects and distributes royalties back to the writers, composers, and music publishers every quarter. In 2020 alone, BMI distributed $1.233 billion back in royalties, even after the devastating blow COVID-19 took on the music industry.

To fully understand BMI and what morals they represent, it’s helpful to know exactly how and why they first got started within the music business. In 1939 when radio was beginning to boom, a group of industry leaders realized that artists were rarely paid for the use and broadcast of their music.

During this time, ASCAP was the only reputable Performance Rights Organization in the United States. However, the cost and fees of their licenses we’re breaking smaller radio stations, causing many to go bankrupt.

BMI’s founders, who were part of the National Association of Broadcasters at the time, knew that the music industry was likely to fail if ASCAP was solely responsible for licenses. So, they formed a lower-cost alternative to ASCAP — Broadcast Music Inc.

What instantly set BMI apart from ASCAP was it’s open-door policy. Unlike its competitor, BMI welcomes all individuals regardless of their musical genre, size, or repertoire. ASCAP has a strict invite only policy and only welcomes a select number of members.

BMI was immediately recognized and sought out for its fair business model and benefits. BMI also took in artists that ASCAP tended to turn down or dismiss. At the time, ASCAP didn’t accept members of the black community or foreigners to license their songs within the organization. However, BMI didn’t have a problem with this — they welcomed songwriters and producers from every culture and background.

Today, BMI continues to be as strong and influential as it was during its launch back in 1939. It is now the largest of the ‘Big Three’ PROs in the United States and the most preferred over both ASCAP and SESAC.

The main reason that people join BMI is obvious — because they get artists paid. But among generating revenue for creatives, they also offer a ton of additional benefits to their members that are not often mentioned. Let’s take a look at some of these below:

As a member of BMI, you can enjoy a generous Fedex discount. BMI members save up to 26% on FedEx shipping services and up to 20% on FedEx Office products and services. For larger orders, there is also custom pricing where your savings could be even greater.

BMI stages showcases all year, all over the country that members are invited to take part in. These series highlight both bold new voices and established hit-makers: 8 off 8th, Acoustic Lounge, Pick of the Month, Noche Mexicana, DRINKSHOP Live!, Unsigned Urban Showcase, East Side Sounds, BMI/Hit Sheet Showcase, and BMI Buzz at the Basement are just a few of the showcases organized by BMI’s regional offices.

BMI members get access to a variety of music panels and the opportunity to be part of industry leading conversations. From BMI-coined events like the How I Wrote That Song, Coffee Talk and Music 101 series, to in-depth conversations at top tier festivals including Sundance and SXSW, BMI panels offer insight from insiders throughout the year.

The BMI Songwriters Workshop with Jason Blume offers a building-block style curriculum designed to supply songwriters with invaluable creative tips and business counsel. Staged monthly in Nashville, is open to all songwriters who are serious about and committed to successful commercial songwriting.

BMI 101 is an hour-long introductory workshop for writers and publishers, which discusses the history of performing right, the origins of BMI and the current role BMI plays in the complex, ever-evolving music industry.

Among their frequent workshops, panels, and conferences held all across the US, BMI also offers amazing networking opportunities and events for their members. These regularly launched events are held for musicians to increase their performance knowledge, promote their work, and network with other industry professionals.

How to Become a BMI Member?

Both songwriters and publishers are welcome to sign up to become a BMI member. Best of all, songwriters can join for completely free. All you need to sign up as a songwriter is a valid email address and a custodial trust bank account that has been established at a U.S. bank.

For publishers looking to join, there's a $150 fee for individuals and $250 for companies. To apply, publishers will need proposed names for your company, a credit card issued by a U.S. bank, and a valid email address.

Both songwriter and publisher applications are pretty straightforward. You will be asked some questions regarding your general information, taxes, business, affiliation status, etc. The entire application process shouldn’t take more than 10 minutes.

Joining BMI is an important early step in an aspiring songwriter, composer and/or artist’s career. If you have written at least one musical composition, either by yourself or with others, and the composition is currently being performed or is likely to be performed soon, you should join BMI.

Not only will they collect royalties on your behalf and put money in your pocket, they will also provide you with incredible career support and development through the remainder of your music journey. 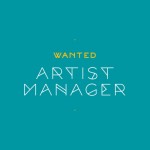 How To Become A Music Manager: Complete Guide 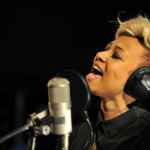